Will becoming a parent improve your golf game?

Perspective…I guess that’s what parenting gives you when it comes to golf. It makes you realize there is more to life than a little white ball (or pink in the case of Paula C). Actually, I think parenting gives perspective on just about everything!

It’s cool to hear about players who did better after they had kids. Not that I recommend people have kids as a way to improve their golf games 🙂

I think Monty’s comments about Elin having quadruplets – 1 at each major – was hilarious. I see this AM that he shot 68 on his opening round at the French Open. Nice to see…I wish he would win a major sometime soon – he deserves it, even though he can be a bit testy on the course.

Interesting move with his new caddie being Paul Casey’s old caddie (I read a few days ago that Casey thought his caddie would come back to him). I wonder if a tug of war will start over him…nice to see a caddie potentially in the “driver seat”. 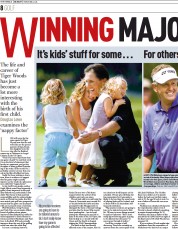 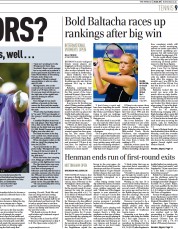