With the Bob Hope Chrysler Classic just around the corner, I just had to write a posting about one of the legends of rock playing at Silver Rock – Monster Rocker: Alice Cooper.

Turning 60 this year (wow, that is so cool!), Alice Cooper was part of my generation and we either loved him or we hated him. Those of us who loved him, tried to be him, like my friend David here, who comes to work “dressed to kill” every day 🙂 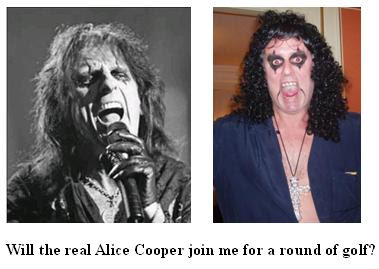 And those who loved to hate him, like my ex-husband, who will remain nameless (he was a school teacher) well…they’re bye bye birdies…

Anyway…as disgusted as I was about his antics on stage, I could not help but be mesmerized by his music. School’s Out was probably my favorite song for many years and I still sing it at the top of my lungs if it comes on the radio when I’m driving in my car (yes, I get a few strange looks).

I enjoyed reading this article below where Cooper was quoted as saying: “Alice isn’t warm and fuzzy.” Hard to believe, isn’t it, especially if you’ve seen him with the Muppets!

So…I’m looking forward to seeing how Alice does this week at the Bob Hope Chrysler Classic – probably not too bad, given his handicap is somewhere around 4 or 5. You know, if I had to pick a fantasy 3-some of celebrity golfers to play with, he’d be on that list for sure. I think it would be a hoot to play with him.

Rock on Alice! But stay out of the rocks at Silver Rock if you can. They’re nasty! 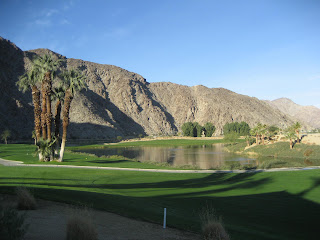 And David, my friend….even a low handicapper as yourself should really take a lesson from Alice and stick to proper dress code at next year’s company golf tournament. 🙂 Twelve minutes on the phone with Alice Cooper. Tick, tick, tick. That strict deadline looms over the conversation like the blade of a guillotine, threatening to cut short the rock star in the middle of some dark admission or startling revelation. Will… read more…

Tech Tags: San Francisco Chronicle newspaper Today On Television
Pamper yourself on Maui! Book your little piece of heaven in golfers’ paradise. Book now at http://www.vrbo.com/424659 and tell them Golfgal sent you!