The Clash of Captains 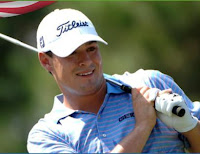 I am sure you enjoyed the SHO this weekend like I did, watching Johnson Wagner, better known for having two last names than for his golf, won his first PGA tournament and captured a spot in the Masters.

It’s great to see a win be so much more than just a trophy and a huge check. Wagner’s post round interview was pretty funny…He was in shock and just kept saying, “I don’t believe it; it’s a miracle.” I thought it was just great. I hope he never gets jaded and that every win means as much to him as today’s victory. I love the innocence of the “first time”. 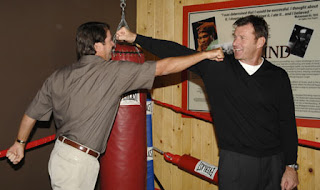 But…the story of the weekend (outside of the LPGA first major), was the story that was in the Daily Mail (see below) that had Paul Azinger bashing Nick Faldo.

Reporter Ian Stafford posted some pretty brutal comments from Azinger about the European Ryder Cup Captain Faldo in this article. I’ll provide some highlights here, but you might want to read the whole thing for yourself and then decide if you think it’s just “tabloid crap”.

According to Mr. Stafford…

“Nick Faldo has tried to redefine himself,” says Azinger. “I’d say he is both who he is and who he was. Some people have bought it. Some have not. But if you’re going to be a p***k and everyone hates you, why do you think that just because you’re trying to be cute and funny on air now that the same people are all going to start to like you?”

“The bottom line is that the players from his generation and mine really don’t want to have anything to do with him. He did what he did as a player and there are relational consequences.”

What Stafford says, is that Azinger holds a big grudge against the “Faldo who was” and shared a number of stories about past transgressions that continue to grate on him. Stafford makes it look like Faldo is the lifetime nemesis of Azinger. Apparently Paul even tries to get “dirt” on Faldo from his potential Ryder Cup players, in particular, our favorite man to bash…Colin Montgomie.

‘I love that dude,’ America’s captain pronounces. ‘We’re all scared of him when he plays in the Ryder Cup. What he’s done is amazing. Monty’s become famous for it in the United States and he’s never even won a major. Americans don’t particularly like him but there’s nothing wrong in being the villain….

….I was due to play with Monty at Bay Hill until I pulled out but I would have had five hours alone with him and I would have said: “ C’mon, you’ve gotta give me some stuff”. I hope he plays against us, but I’m worried he won’t. He and Faldo don’t seem to get along and there’s no way Faldo will award him one of his two wildcards.”

Well, as much as this article has been called “tabloid news” by the Golf Channel analysts who said today on the Sprint Post Game show that “all’s well” between the two captains, I’m not so sure…

These “dudes” have been battling for years and sparring can sometimes lead to deep seeded antagonism that rears its ugly head when the pressure it on.

There is no argument that the American Ryder Cup team has struggled against the Europeans for the last 12 years (losing 5-1)and Azinger is under enormous pressure to win one back. I bet it keeps him up at night and I’m sure his nightmares are filled with past images of Nick Faldo rubbing his face in it.

I think this is just the start of some mud slinging debates over the Ryder Cup and I, for one, am looking forward to all of it. Hey, it gives me something to write about and it will be a nice diversion from the Clinton/Obama battles. Every player from mygeneration wants nothing to dowith Faldo. They all hate him
From Ian Stafford In TAMPA, FLORIDA
The Mail on Sunday
06 Apr 2008

PAUL AZINGER spots a stingray cruising effortlessly through the clear, warm waters of the Gulf of Mexico, swings his driver over the fine Florida sand, as if aiming to chip a golf ball on to the fish’s back, and laughs in a self-mocking manner. ‘I… read more…

Tech Tags: The Mail on Sunday newspaper Sportsmail
Pamper yourself on Maui! Book your little piece of heaven in golfers’ paradise. Book now at http://www.vrbo.com/424659 and tell them Golfgal sent you!