Golf’s Real Heroes are not on Tour

So often we put on pedestals people we’ve never met – people we only read about or see on TV – people who’d probably never even tip their hats if they passed us on the street.

Then we casually take for the granted the people who know us, love us anyway, teach us, and leave an indelible mark on our lives that we probably don’t even know is there.

I am notoriously bad for this, so when I heard about a man who loved, mentored and touched the lives of his country, family and friends, and was honored by those who loved him in a very special way, I had to share it. 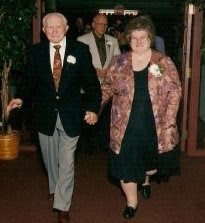 Theodore Adams was born in 1918, growing up in a large family of 14 children during the depression. He exemplified the characteristics of what Tom Brokaw coined The Greatest Generation.

He became a U.S. Marine in World War II, battle tested in the jungles of Guadalcanal and the black sands of Iwo Jima. Although he was proud to be a US Marine, he was never boastful; few people knew of his military service. However, his children were well aware their dad was a war hero because he never failed to sing Marine Corps Hymns while working in the backyard.

An ever faithful husband and father, he faced the pain of losing his first child at 6 months of age, and horrific accidents faced by his other children that would cause most parents to curse God. But not Ted…a man committed to his faith in GOD, he was “Semper Fi” (Latin for “Always Faithful”).

A sports fanatic, Ted loved to watch and play sports, especially with his children. At 70 he was still in great shape and could keep up with the best of them.

He was a member of Pennsauken Country Club in NJ for over 35 years, shot 5 holes in one, and passed on his love of golf to his children and grandchildren.

In honor of the man who touched so many lives, his grandson, Ray Carey, decided there needed to be a farewell to his “Pops” that would truly honor him. He decided that a 21 Golf Salute would be appropriate for a veteran who loved the game of golf. 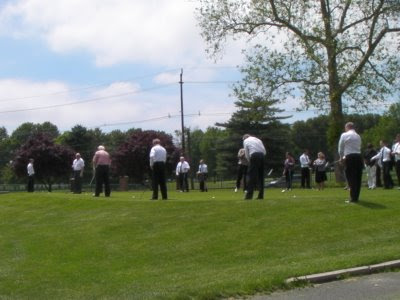 So Ray gathered together 10 of his Pop’s 11 children, 2 of his brothers, cousins and spouses and lined them up in 3 rows of 7 on the first tee of Pennsauken Country Club.

The 3 groups teed it up to drive 21 golf balls down the fairway in unison to say a sad goodbye to a man who was the epitome of Semper Fi. Hearing about it brought chills down my spine.

I wanted to talk to someone who had actually witnessed this remarkable tribute. So I called Quentin Griffith, III, PGA Golf Professional at Pennsauken Country Club. After speaking with Quentin, my chills turned into a big lump in my throat…

“After 29 years at Pennsauken Country Club, I thought I’d seen it all,” said Griffith. “But this was a first for me. As luck would have it, the timing of the request couldn’t have been more perfect; there just happened to be an empty tee time available, so we decided to give it a whirl. Within 20 minutes of the initial request, we had 21 of Ted’s family and friends on the first tee in groups of 7 hitting the 21 shot salute. It was perfectly scripted and amazing to watch – truly unique.“

His family said goodbye in a way they will always remember. I expect it would have embarrassed this humble man, but I bet it would also have brought tears to his eyes to know how much he was loved. I know it did mine.