Golfers just keep on giving (and not just on tour)

You can always tell when the golf season is winding down. First, Tiger is no where to be seen. Second, the defending champions for the final 5 tournaments of the season are the people we haven’t seen on a leaderboard in the last 6 months and, Third, we have tournaments named after charities and celebrities. Like this week’s Justin Timberlake Shriners Hospitals for Children Open in one of my favorite cities in stay, play and gamble of course 😉 – Las Vegas, Nevada.

Now, unlike many who consider the fall season almost silly, I love watching the final events of the year. The fact that I am not too familiar with many of the players is not a downer for me. It’s an awakening to the fact the golf is not just a sport for the rich and famous, but a career where many have to struggle year after year for their livelihood.

How many times have we seen bubble boys make or break their PGA Tour status on one putt? It’s no picnic out there and watching players grind it out is as exciting for me as watching Tiger hole another downhill, left to right, 40 foot putt with more breaks than Las Vegas’s 2-time National Champion B-Boy squad Knucklehead Zoo.

This week’s JT event for Shriners will be fun to watch as always. But this week, it has special meaning for me and friends of mine because it reminds us of what golf is really all about – it’s about giving back. Consider this…

According to Golf Digest, sponsors of the PGA Tour donated $124,000,000 to charities in 2009 – that’s a lot of zeros. What’s even more impressive…their overall total since they began is $1.4 billion! And it’s not just the boys….since 1981, the LPGA and its sponsors has donated nearly $200 million.

Impressed? I know I am. But what really impresses me is when average golfers adopt the same attitude and find ways to give back through golf. Let me tell you a story of a young man who is being touched by his golfing angel…

In March of 2009, Xander Howe entered this world with tetrology of fallot (4 heart defects that inflict about 5 out of every 10,000 babies) AND pulmonary atresia (also extremely rare congenital heart defeat) where a solid sheet of tissue forms where the heart’s valve opening should be. Because of this defect, blood from the right side of the heart cannot travel to the lungs to collect oxygen.

So at the ripe young age of only 4 days, Xander underwent surgery to install a shunt that would enable his heart to pump the oxygen rich blood he desperately needed through his system. Check out this picture of his mom, Dee, with him after the surgery. Now that woman looks like she’s got her hands full, but what a wonderful smile. 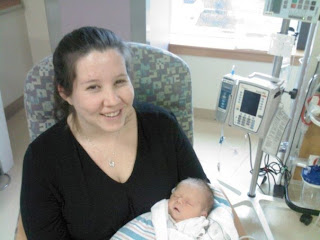 6 months later, Xander was back under the knife again. The surgery was successful, but the stress on that little boy’s body was severe. Both surgeries required Xander to be put in complete hypothermia, stopping his heart, while a bypass heart and lung machine took over as the surgeons did their magic. 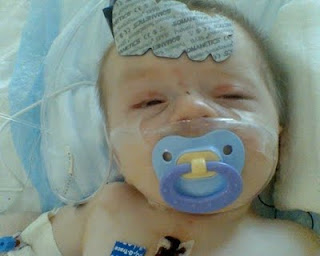 But the story isn’t over yet. Xander’s coronary artery runs right across where the surgeons needed to make their incision and so the doctors had to use conduit instead. The problem is, that as Xander grows up, he will outgrow that conduit, and back into surgery he’ll have to go. His parents are hoping he’ll get to the age of 5 before he needs his 3rd surgery, but there are no guarantees.

Imagine living with those fears, not to mention the worries of how to pay the ever growing medical bills. I have no idea how I would handle something like this. 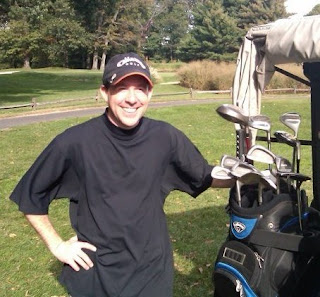 But one thing I do know is this…family friend, Ray Carey, with a heart big enough for himself and Xander combined, won’t sit on his laurels waiting for someone to step up to lend a helping hand.

Ray has already started planning his own charity golf tournament to raise money for Xander’s family- The Fight for Xander Golf Tournament – a beef and beer, plus golf outing on May 18th of 2010 at the Riverton Country Club in Riverton New Jersey. It may not be as big an event as Justin’s, but it will be huge in terms of the heart and soul that goes into its organization.

I met Ray through Facebook earlier this year and it struck me that this man will do whatever it takes to care for the ones he loves. Dee and Xander are special to him and I believe he’ll work his butt off to raise as much money to support them as he can.

Ray asked me to share Xander’s story and reach out to you to see if you could help him in this cause. There’s lots you can do – play in the event, volunteer your time, donate to Xander’s care or spread the word of this tournament and cause through your network. Ray is working on the tournament’s facebook/cause page as I write this, but until then he can be reached on his personal Facebook page and by email.

I may not be able to play in the event or ever see Xander take his first steps, but I will support Ray in his quest to give back to others through golf. I hope you’ll join me.