The Presidents Cup as seen from Canada and the US

I enjoyed the trash talking in the Washington Times Daily today. It is fun to see the “gentlemen of golf” let down their guard and show their human (and not so gentlemany) side. Phil who??? Ha ha…Vijay does it again.

And then there’s one of our Canadian reporters who loves to preach gloom and doom for Mike Weir. Funny, but I don’t think a US reporter would ever do that. Too much loyalty down there, but up here in Canada, we tend to be quite self-critical and we beat up on each other more. I wonder why that is…

Anyway, I think a Weir/Tiger match would be very very scary for Mike. I expect he’s feeling enormous pressure right now (kind of how Darren Clarke probably felt at the Ryder Cup). I hope Mike proves to all of us that he was a good captain’s choice like Darren did (I didn’t think either of them should have been picked, but I’m happy I was wrong about Darren and I hope I am wrong about Mike). But if the Presidents Cup was part of the Fantasy Four game on the Golf Channel, Mike would not be one of my picks -hey…$25K is a lot of money to put on a sentimental favorite. 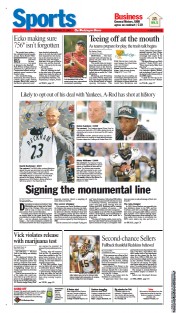 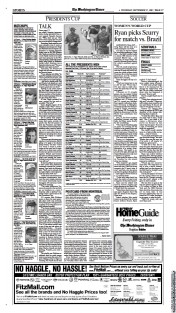 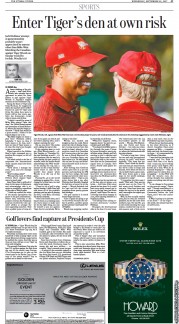 ILE BIZARD, Que. lways thinking of the other guy — that’s Jack Nicklaus, who already has an opponent in mind for Gary Player to pair against Tiger Woods in Sunday’s singles matches at the Presidents Cup. Along the lines of Tiger and Greg Norman, he…read more…