LPGA mandates English in Women’s Golf – Please tell me it isn’t so! 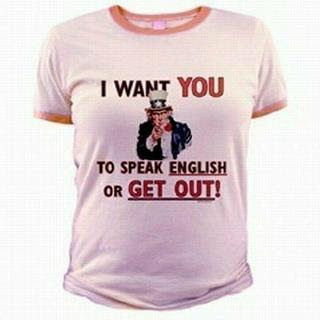 When I first heard about this ruling by the LPGA I said to myself…”Don’t get involved – no big deal – just a sponsor grab.” And then I thought about it some more and I realized that this is way beyond a sponsor suck-up – this could change the face of women’s golf as a sport globally.
So now I have to share my opinion. This is not about sponsorship – this is not about English fans – it’s not about pro-ams – this is about imposing one language on an international sport. This is about civil rights – it’s about more than golf being entertainment in the USA – it’s about golf being a global sport! If this ruling is allowed to take affect, it goes against everything we’ve been trying to say about golf being a sport and not just a TV game show.
The LPGA stands for Ladies Professional Golf Association, just like NHL stands for National Hockey League. No real “Sport” mandates language proficiency, so where does the LPGA get off mandating such a ridiculous requirement?
The PGA doesn’t do it and look at KJ Choi – I’ve been watching him using translators for years and, yes, he’s trying to improve his English, but can you imagine suspending him just before he won Jack’s tournament or Tiger’s last year???
This is nuts!
I agree that the international talent (most South Korean) is making things a bit tricky for the LPGA, but this attempt at solving that problem shows me that the LPGA executives are incompetent at making good business decisions in tough situations – they are panicking and they are embarrassing themselves.
I am sad today to be a woman who golfs. Okay, I’m a hacker, but I love golf and I believe it is an international sport worthy of the same rights, freedoms and stature of the biggest sport organizations in the world. And none of those….not one, mandates English as a requirement.
It’s about the talent – the performance – the results. Language is completely and utterly irrelevant.
Okay, I’ve had my say…but I still want to know..who can stop this ludicrous ruling?!
Golfgal The LPGA Tour has a major marketing and sponsorship problem because many of its top players are either not fluent in English or don’t speak it at all. That’s why it announced yesterday that it will insist its players speak English to a certain standard…read more…