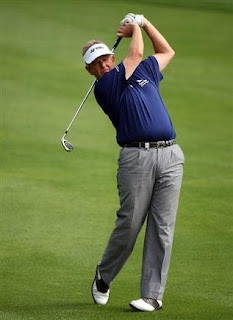 Well, I may be late to the Monty-bashing party, but I have to jump in with my 2 placks worth on the Goon from Troon being unanimously selected as the 2010 Ryder Cup Captain.

I’ve been ‘lurking’ in all the popular golf forums and blogs looking for what others are saying and it’s no surprise that Monty is not the favorite among many. Most talk about how he never won a major and so he’s not worthy of the honor. A few downplay his 8 Order of Merit wins because “European golfers aren’t as talented as their PGA counterparts” (ouch). And of course, everyone complains about his surliness. But isn’t that what makes him so loveable?

So, I agree, it’s hard to argue with Monty’s majorless career and well-publicized temper tantrums. However, I still am happy that he was chosen to lead the Europeans into the 2010 Ryder Cup. Why? Here are my top 10 reasons… 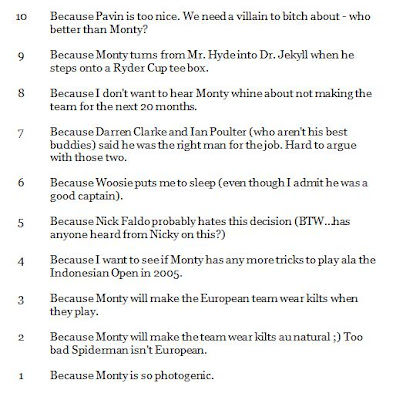 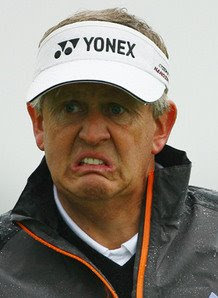 I skirted the “Full Monty” issue with the kilts but I was trying to be PG14 :). What are your reasons “for or against”?