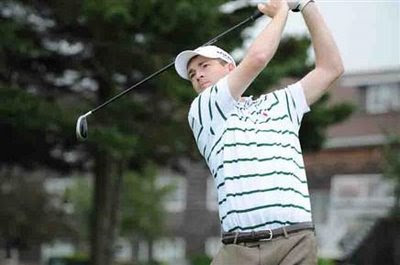 So were you as surprised at the ending tonight as I was? I was sure from the sound of Gerina’s voice during her interview that she was eliminated from Big Break PEI.

Not that Gerina was expected to lose by any means – even Stina said that Gerina and Derek were “the last two people you’d want to meet in elimination”, but Gerina sounded “all choked up” on camera.

But after the show was over, I remembered her telling me last week how sick she got during the taping. So Gerina’s voice was a result of a physical ailment, whereas Eugene was racked with a voice that drove him out of Big Break PEI. I think there are times when Eugene needs a muzzle, just to save himself.

I know that Eugene is loved by all the contestants and they were sorry to see him go. Even Brian said that if you didn’t like Eugene, then there must be something wrong with you. I am sure Eugene is a great guy and I can see why everyone loves him, but if I was on Big Break PEI with Eugene and in an elimination challenge, I know his negative self-talk would have rubbed off badly on me. It would appear that Derek just got down to business and didn’t let Eugene get to him, but something tells me that Gerina was feeling the residual effects of “You suck!” comments.

Anyway, let’s hear what everyone else thought…

Brenda was driving from Chicago tonight and didn’t get a chance to see the show, but she remembered the day well…

I was lucky to catch up with Brian and get his analysis of the show; remember Brian was eliminated last week from Big Break PEI, so this is the first time he was able to see what happened the day after his “E-day”.

Michael Michaelides from Big Break X is off to Fort Worth for a long drive competition this week, but before he left, he shared his thoughts on the show and how he deals with negativity with the young golfers he coaches at Long Island University….

Hmmm, sounds like we could all use a little of Pia Nilsson’s Vision 54’s magic.

Well, Derek “The best player yet to win his PGA card” Gillespie sure had a target on his back last night after 3 straight immunities and a breakfast “roast” with the other contestants. Wonder how he liked his first “real day on the job” 🙂

Blair joined me today to talk about her head-to-head match with Gerina, her course management faux pas and the painful elimination of Eugene from Big Break PEI.

Caught up with Gerina after her workout this afternoon. I wish I had the discipline of these athletes. 🙂 I really wanted to know what she was feeling that day, starting so strong, almost winning $2K and suddenly facing elimination…

Well, next week I’m off to PEI to play the Rodd Mill River course. Whoohoo! I can’t wait! I’ll be sure to take a ton of pictures and video so I can give you an inside look at the resort and the course in warmer weather 😉