Andrew Giuliani is Going Fore it on Big Break Disney 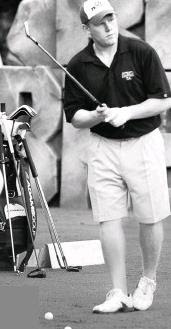 No sooner does one Big Break end and the next begins! And this one is expected to be even more “interesting” than the ones that came before – this next Big Break is star-struck. Joining Rudy’s offspring is Andreas Huber, son of TV soap celebrity, Susan Lucci.

Andrew, who turned pro just this year has been in the news a bit already, with some run-ins with Duke University. It’s reported he’s a bit of a hot head. I wonder if his temper will flare on a show known for pushing the limits of patience of its contestants.

I, for one, am always up for shenanigans, so I am really looking forward to this new series. But it looks like the rest of the cast is still being kept under wraps for now. Hmmm…I guess it’s time for me to start snooping around.

As soon as I learn something, you’ll be the first to know! Fresh from scoring a bogey in court, Andrew Giuliani is hoping to launch his professional golfing career by winning a reality show. The ex-mayor’s 23-yearold son — who turned pro at the beginning of the year — is at Disney World competing in the Golf…read more…